Home
|
Sewards Blog
|
Glamour or Grind. The work of the Showmans’ Engine.

Glamour or Grind. The work of the Showmans’ Engine.

The type of traction engine specially designed for use on the fairgrounds of Britain was known as a Showman’s Road Locomotive and were among the hardest worked of all road going steam engines.

Their tasks were twofold, firstly to provide the motive power to transport a dismantled fairground ride from place to place, then to provide the power to either light or drive the machine by generating electricity using the engines dynamo.

Let us take “Lady, Pride of England” as a typical example of her type. Built by Charles Burrell and Sons in 1904, she was equipped with three road speeds, slow, intermediate and fast and mounted on springs to remove some of the shock of the rough and uneven road surface of the day. Originally supplied to W Buckland, she worked with a roundabout or “Galloping Horses” as it was known. This machine was steam driven using a separate small double cylinder engine mounted on the centre truck and employing a system of gears to turn the platform of the roundabout and raise and lower the horses.

When travelling between fairs, the gallopers were broken down into the following loads, The Centre Truck: This, as it’s name suggests was the middle of the roundabout and mounted on it’s own wheels. The Horse Truck: A large box truck containing the horses, rounding boards and other ornate carved works. The Platform Truck; Another box wagon containing the twelve platform sections and other timber components such as swifts and quarterings which provided the framework to carry the cranks etc which move the horses. The Organ Truck; Carrying the mechanical organ that provided music to draw in and entertain the riders. Often there was a living van for the owner and a water cart to carry spare water for the engine.

The road train behind Lady Pride of England therefore often consisted of five wagons and weighed perhaps thirty tons, this was drawn from fair to fair over poor roads which needed a great deal of skill and teamwork by driver and steersman, then built up for the enjoyment of the local people.

On arrival at the fairground the engines work was far from over. It would be used to position the centre truck and move the wagons into position for the assembly of the ride, then, once this was complete, would be used to provide electricity to light the bulbs which illuminated the gallopers.

Often, showmen’s engines worked day and night and the fire did not go out for days at a time. The driver was responsible for the engine but usually his mate, the steersman, took over the driving when generating power at the fair.

Although there are stories of long journeys made by showmen’s engines, these were exceptions. Most showmen moved from village to village, sometimes only four or five miles at a time. People did not travel very much then and the arrival of the fair at your village was a special event, also, the showman made no money when travelling so the less time spent on the road the better.

A fair could open for several days or perhaps just one night. Constantly building up and pulling down was very hard physical work but could be achieved quite quickly by a well practiced crew. A roundabout could be assembled and taking money in three hours.

An example of a one day opening was Taro Fair in the Hampshire market town of Petersfield. Showmen were allowed on the ground the day before to build up, a day for the fair, then had to be off the ground by the following evening. Taro Fair is held annually on the 6th of October and so achieving this timetable could be quite a challenge if the weather was wet and engines and loads became bogged in. Showman’s road locos were equipped with powerful winches mounted on their back axle which were often required to drag themselves and the loads from muddy showgrounds.

Although fitted with three road speeds, the fast gear was seldom used except when travelling light, i.e. no trailers, as it was often too high for most roads when hauling thirty tons. In particularly hilly areas such as the west country, progress could be very slow with the driver needing to use low gear to descend as well as climb steep hills. Most road work was done travelling in intermediate or middle gear.

Showman’s engines were designed to be ornate and eye catching as were the fairground rides, to draw people into the fair, but beneath this glamours facade was a life of hard work for both man and machine.

Next time that you stand and admire a well restored and presented showman’s engine at a show or steam rally, consider the life that it will have had, the miles that it will have travelled and the pleasure that the fair would have brought to people. KL. 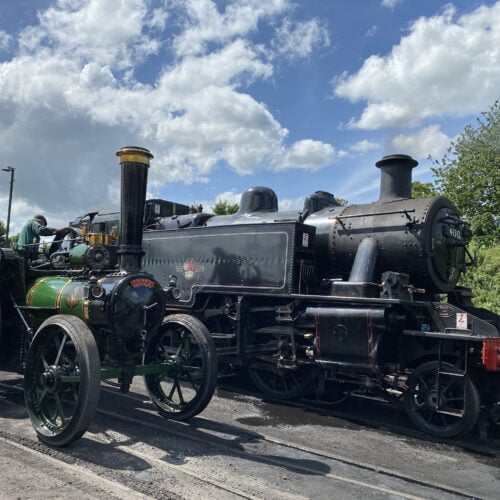 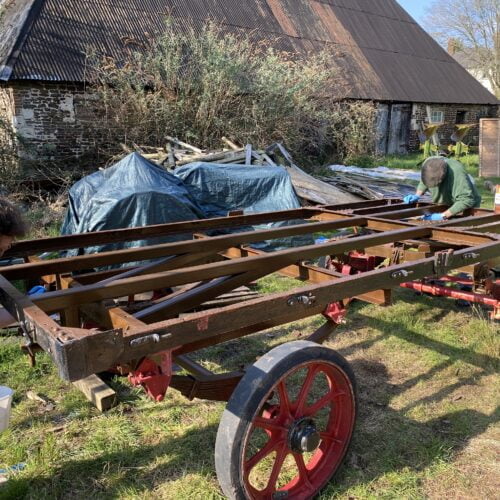 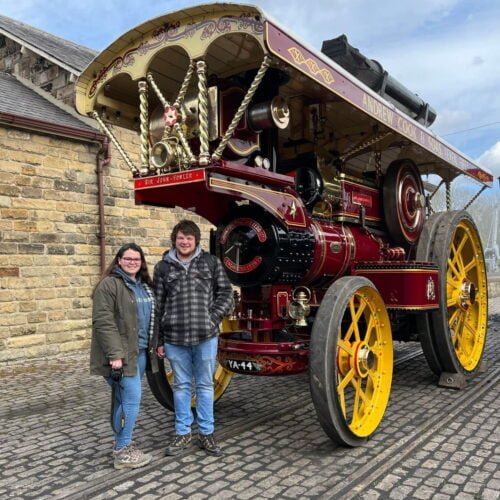 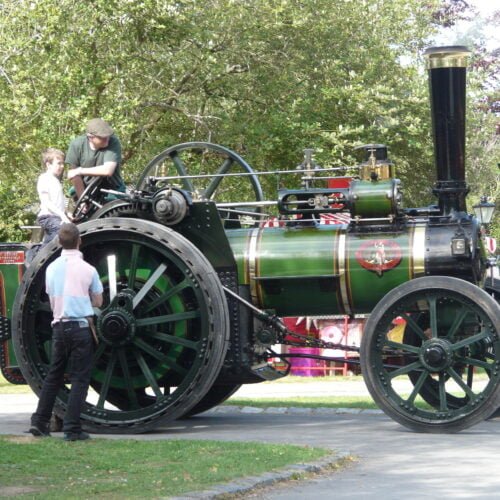 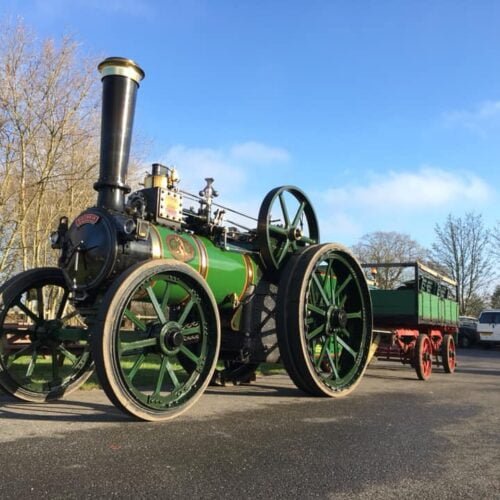