Home
|
The Steam Engines
|
McLaren 726, Empress of the South 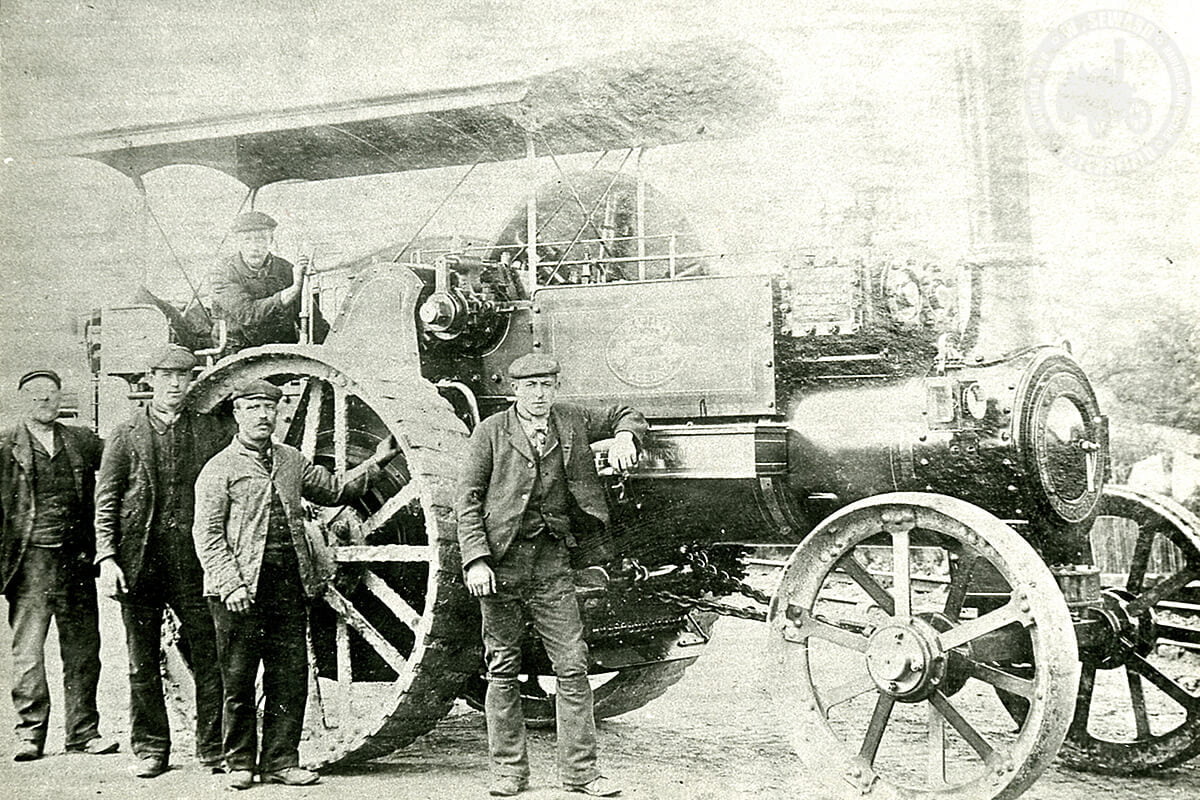 McLaren 726, Empress of the South

McLaren 726, Empress of the South

In 1903 Sewards were engaged in a contract to cart building materials to Longmoor, Hampshire, as a large Army camp was being built there, later to become famous as the home of the Longmoor Military Railway. The camp itself is still in use. Several of the Seward engines were being used to tow trailers to Longmoor, but as they could only do one job at a time, and the threshing season was just beginning, Walter decided to by another engine.

The engine was a new McLaren 7hp road locomotive with a half cab, two speeds and compound cylinders. McLaren 726 was delivered in late 1903 and was at once put to work at Longmoor, thereby releasing an engine for threshing.

It was a powerful engine and popular with its drivers; its only failing being that it was prone to smashing spur wheels.

In the eight years that Sewards had her, they replaced the spur wheels several times.

The McLaren was part-exhanged for a Wallis and Steevens 4hp ‘Oilbath’ Tractor, number 7258. It was re-sold by Wallis to Mr Hillary of Micheldever and ended her days with Mark Loader of Bournemouth.