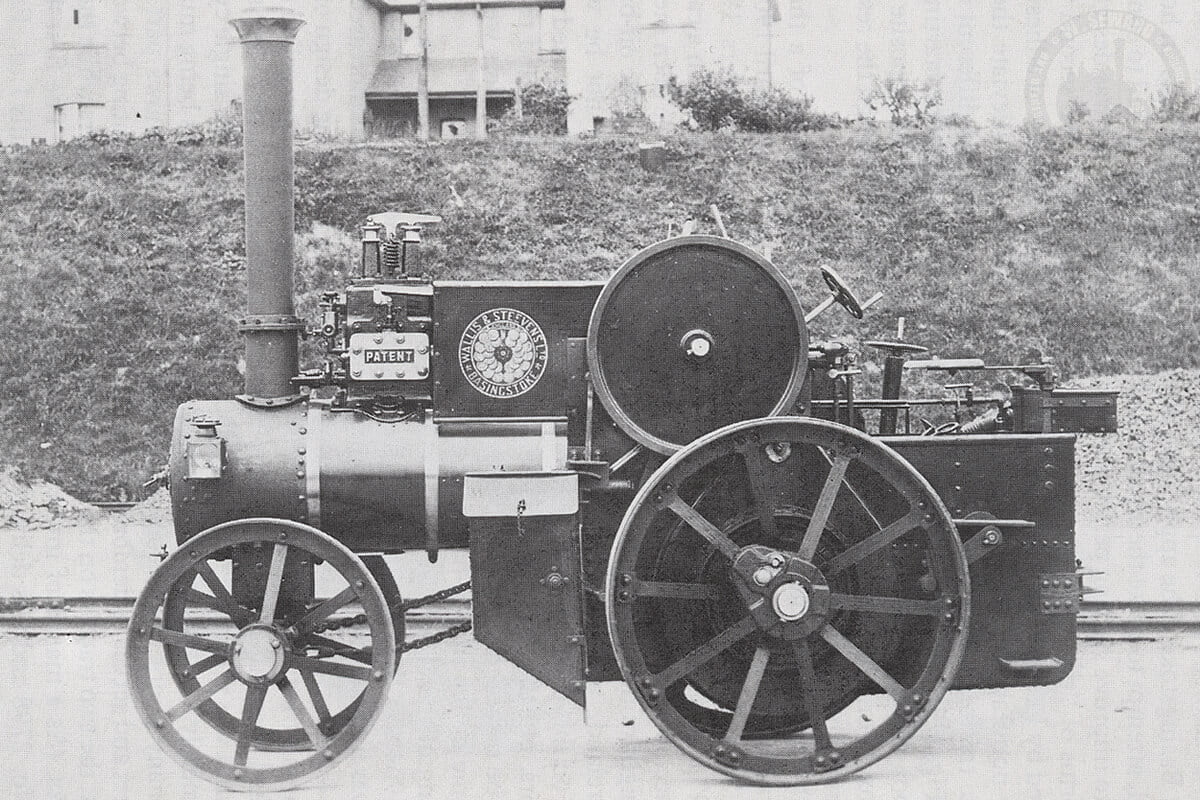 Wallis and Steevens 2667, The Popgun, shown here new in the works photo.

1907 saw the possible opening in the area for a road haulage contractor. After investigation Walter purchased a second hand, 5 year old, Wallis and Steevens 3 ton tractor. This engine was single cylinder and had been supplied originally to a company in London.

Number 2667 soon acquired the nickname THE POPGUN because of its size and fiery temper, but as the machine was found to be next to useless as a tractor, it was later converted to a 3 ton roller, using fresh parts supplied by Wallis.

On one occasion THE POPGUN was rolling a drive leading to what is now a rubber factory in Petersfield. The driver, Bill Clark, was so busy watching the road surface he was rolling, that he did not notice a low archway ahead of him. The next thing he knew was that the chimney was leaning back at a rakish angle, after colliding with the brick arch! Unfortunately for Bill, the boss had been watching the proceedings, and came over to talk to him: “What’re we gunna do now master?” asked Bill, “We can’t leave ‘er loike this. If I drive ‘er ‘ome loike this, I’ll be the laughing stock ‘a the town!” “Serves you right!” Mr Seward replied, “You’ll bring her home like this, then p’raps you won’t do it again!”