Home
|
The Steam Engines
|
Wallis and Steevens 7393, Queen of the Road 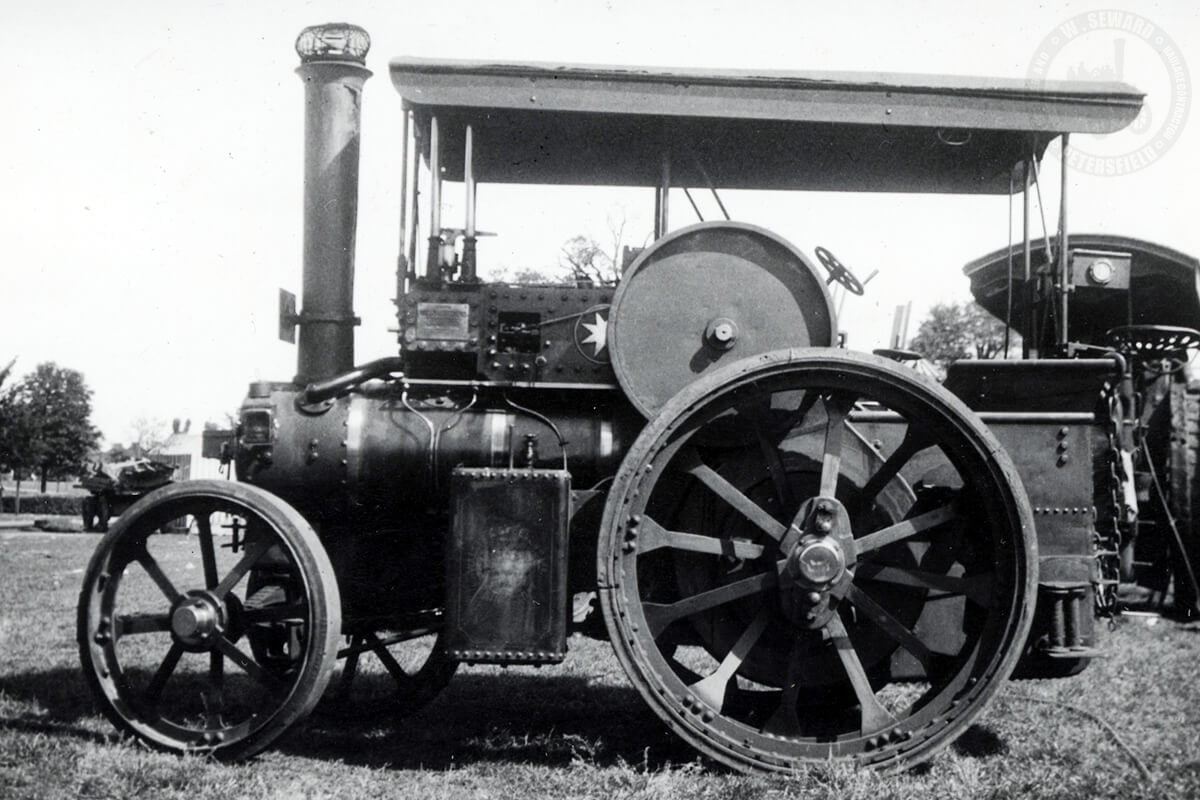 Wallis and Steevens 7393, Queen of the Road

Wallis and Steevens 7393, Queen of the Road

Walter Seward was so pleased with his first Oilbath tractor, “THE KING OF THE ROAD”, that he placed another order with Wallis and Steevens for an identical engine. Delivered in May 1913, numbered 7393 and named “QUEEN OF THE ROAD” or just “THE QUEEN” to her friends. The engine was the as “THE KING” except that is had a threequarter length cab. Although the two engines looked very similar, their behaviour could not have been more different.

“THE QUEEN” proved a very poor steamer and did not seem to have half the power that the earlier engine had. For some reason best known to herself, she would get to a particular part of a local main road, and whatever her guardian tried to do, she would not make steam at all. In the workshops, the engineer George Colewell went as far as dismantling “THE QUEEN” and checking every critical dimension against “THE KING”; even the firebox heating area and plate thickness were tested. Every dimension was found to be the same – the engines were identical in every respect except their behaviour.

For the latter part of 1938 it was used in its original form but during the winter of 1938-9 it was converted to a full showman’s type with dynamo bracket and extended awning. It was one of the last steam tractors, possibly the last of all, to be fully converted for use by a showman.

Renamed Nobby it was with Symonds for the 1939 season but at the end of the year was sold to Maurice Stokes of Basingstoke, with whom it continued for a while in show use.